skip to main | skip to sidebar

I'm back, and Harper Collins is put on Notice. 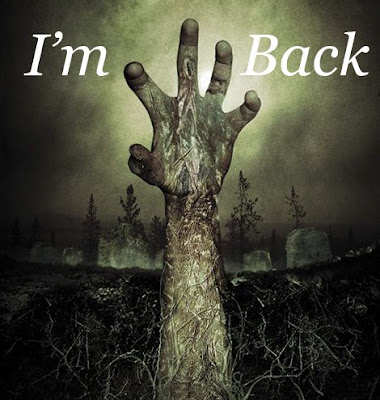 Hello. I'm back. I know no one reads this anymore because I abandoned it a long time ago- for all practical purposes. Now, however, I'm back in the public sector, helping people help themselves.

Something that has changed since I've been away is the very real arrival of the e-book. It's not just Netlibrary anymore folks. Patrons have nooks, kindles, IPads, Android based tablets, etc. The efforts to adapt this new tech while I was away has been surprisingly forward thinking and proactive. Also, and this must be said, man I hope this is a fad that will disappear faster than slap-bracelets.

However, there has been a major kink in the works recently (well, since the

beginning with some, but recently with Harper Collins) where Harper Collins has decided to adopt and insanely limited number of checkouts per e-book purchased by a library before the library would have to pay for the book again. Just to be clear, I feel this is similar to the publisher creating a book that was meant to fall apart after it had been opened a certain number of times with the aim of forcing you to buy a new one to replace it.

You can read about this EVERYWHERE- like Here or places like these.
What I'm seeing a lot of is people saying that 26 checkouts isn't enough (TRUE) and it would be OK if they raised the number of checkouts to more like 100 (FALSE!). Libraries are not in the market of providing DIVX, no matter how many people predict a similar fate for us as befell Circuit City. We buy books, magazines, DVDs, CDs etc to be used in perpetuity dependent on condition. What makes e-books different? That they don't fall apart? Are we really planning on formats not to change? Are we planning on never weeding them? Well, maybe not if people listen to ME!

First to Harper Collins and your brilliantly simply logo: Businesses that attempt to protect profits/make more money by increasing fees instead of increasing volume are doomed to fail. I'm sorry, but that's not the smart business move. How do you NOT know this?! So here's what you do instead. You offer your complete e-book catalog for an annual subscription price dependent on the size of the library system purchasing from you- direct or through an intermediary. Tell people, here you go, it's a little more expensive, but you get all this stuff for your patrons that you weren't getting before. (And don't try to tell me you don't have a very few e-books that drive the majority of your sales!) Then, let them keep paying you for access as the years go by, adjusting costs accordingly. You might think you're losing money... but you should probably talk to Netflix about that.

Second, to Libraries: Subscribe, subscribe, subscribe! If the fad goes away, stop paying. Until then, increase your holdings dramatically. Maybe pay a little more up front, but less than if you constantly repurchase every 20 checkouts or so.

So, once again I have saved the day and solved the problems. Next stop: Libya.

Posted by Django Bango at 9:54 AM 0 comments

Who knows what evil lurks in the hearts of men?

Things I listen to.

Django Bango
I am a male librarian. I don't like being associated with failure. Are you done laughing at me yet? OK, I'm a native Texan, but I've lived all over the world. Why did I become a librarian? Well, my undergraduate degree is in Asian Studies... have you ever heard of someone having a job as an Asian Studier?

I know when you are here!